Meeting Helpers: How to Interject…Without Interrupting

Meetings are a fact of life.

Unfortunately, we’ve all experienced our fair share of bad, frustrating or less-than-productive meetings. It’s no wonder, really, when you consider that a meeting typically involves several people sitting around a table, with one person speaking at a time. This is generally a good rule, except for the fact that so many things can go wrong.  For instance: 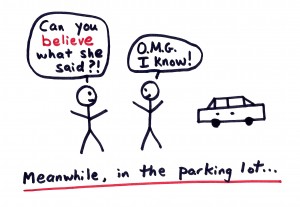 While impolite behavior in meetings is definitely a problem, overall, I would have to say that meetings suffer more because people tend to be overly polite. People will suffer in silence during the meeting and then save what they really want to say for the conversation in the parking lot *after* the meeting is over. As a result, you have likely sacrificed both productivity and accountability.

Now, wouldn’t it be nice if you had a polite and effective way of alleviating these common meeting frustrations? What if rather than trying to read body language you could actually see what people are thinking, at least on some core points? 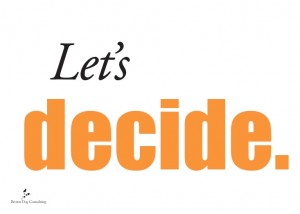 Meeting Helpers let you do just that. Each set of Meeting Helpers includes 30 colour laminated cards, each with its own message that might be useful for meeting participants to raise — without interrupting the person who is speaking. Meeting Helpers are an easy, unobtrusive way to:

By using Meeting Helpers, you can: 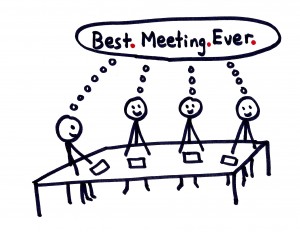 Meetings are a fact of life. Bad meetings don’t have to be. Order Meeting Helpers now for ALL the members of your board or team by visiting www.browndogconsulting.com (products page) and please, let us know how they work for you!